food shots: what does this make you think of? 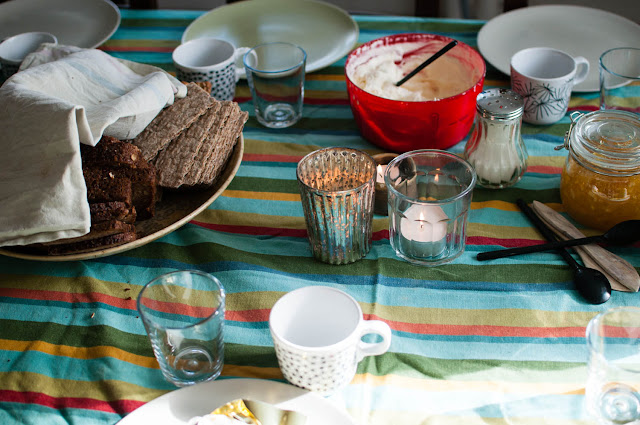 your words "a story waiting to happen" for some reason made me think of instagram, and food shots. I have this idea that we take lots of food shots and photos like that, because the rules around photographing people are getting stricter and stricter. people you don't know will not be delighted when you take their picture - quite the opposite: they will probably be suspicious and wonder where that photo will end up, and if it will be photoshopped to make them look bad. well then, take photos of the people you know? that's not unproblematic either. I personally feel uncomfortable publishing photos of people I know, if I don't have their explicit permission. hence, the food shots, in which a story is implied, but the main characters are missing.

Email ThisBlogThis!Share to TwitterShare to FacebookShare to Pinterest
Labels: food, food shots, instagram, what does this make you think of

that is a very interesting theory on the now ubiquitous food shots. they're something that eludes me, i can't make them look fetching like it seems everyone else on Instagram can. other people's food shots are always so much more packed with emotion than mine...wistful crumbs left on a plate, empty glasses. mine just look like the bits someone didn't finish left lying on the plate. your photo feels real and comfy - it's the candles, the tablecloth, the cups awaiting coffee...there's a lazy saturday morning feel to it. i'll have to ponder what it makes me think of...